You all have received your 3rd Quarter Tax Bill from the Township Finance Office.  While this bill is labeled “Estimated”, it is indeed a real bill with payment due to the Township by August 21st with no penalty.  Please be advised of the following regarding this “Estimated” Tax Bill.

We understand the difficult burden property taxes have on all residents and businesses. Estimated bills such as the one you just received lends to further confusion and frustration. Please call Town Hall at 609-298-2800 for the Finance Office at extension 5479 or the Township Administrator at extension 2102 with any questions.

Bordentown Township’s Settlement Agreement with Fair Share Housing Center (FSHC), dated June 26, 2017 and amended June 11, 2019, requires that Bordentown comply with the statutory midpoint review requirements of the Fair Housing Act (“FHA”) and specifically N.J.S.A. 52:27D-313, which provides in relevant part: “[t]he Council shall establish procedures for a realistic opportunity review at the midpoint of the certification period and shall provide for notice to the public.” For the midpoint realistic opportunity review due on July 1, 2020, as required pursuant to N.J.S.A. 52:27D- 313, the Township will post on its municipal website, with a copy provided to FSHC, a status report as to its implementation of its Plan. Click here for the review. 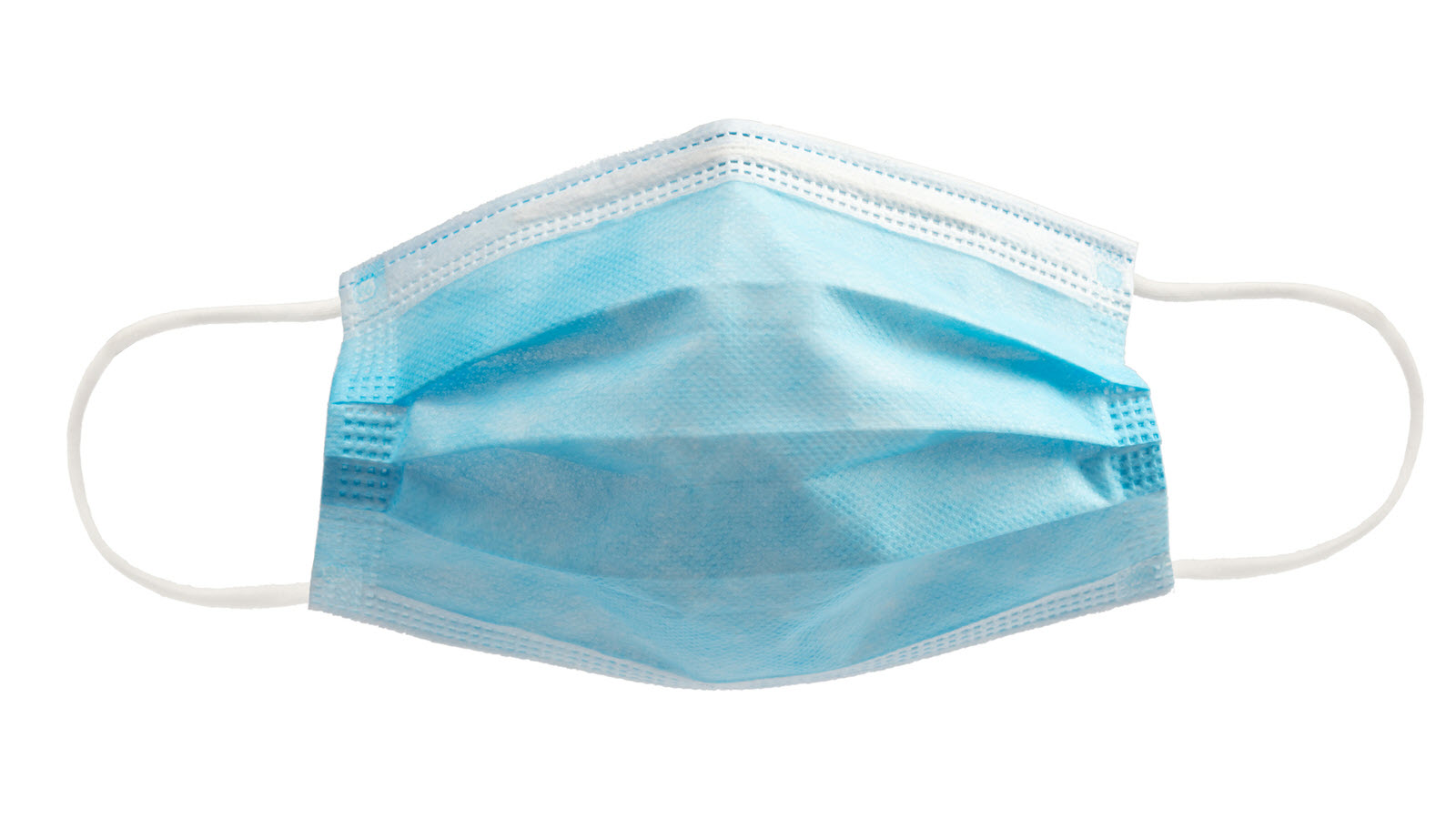 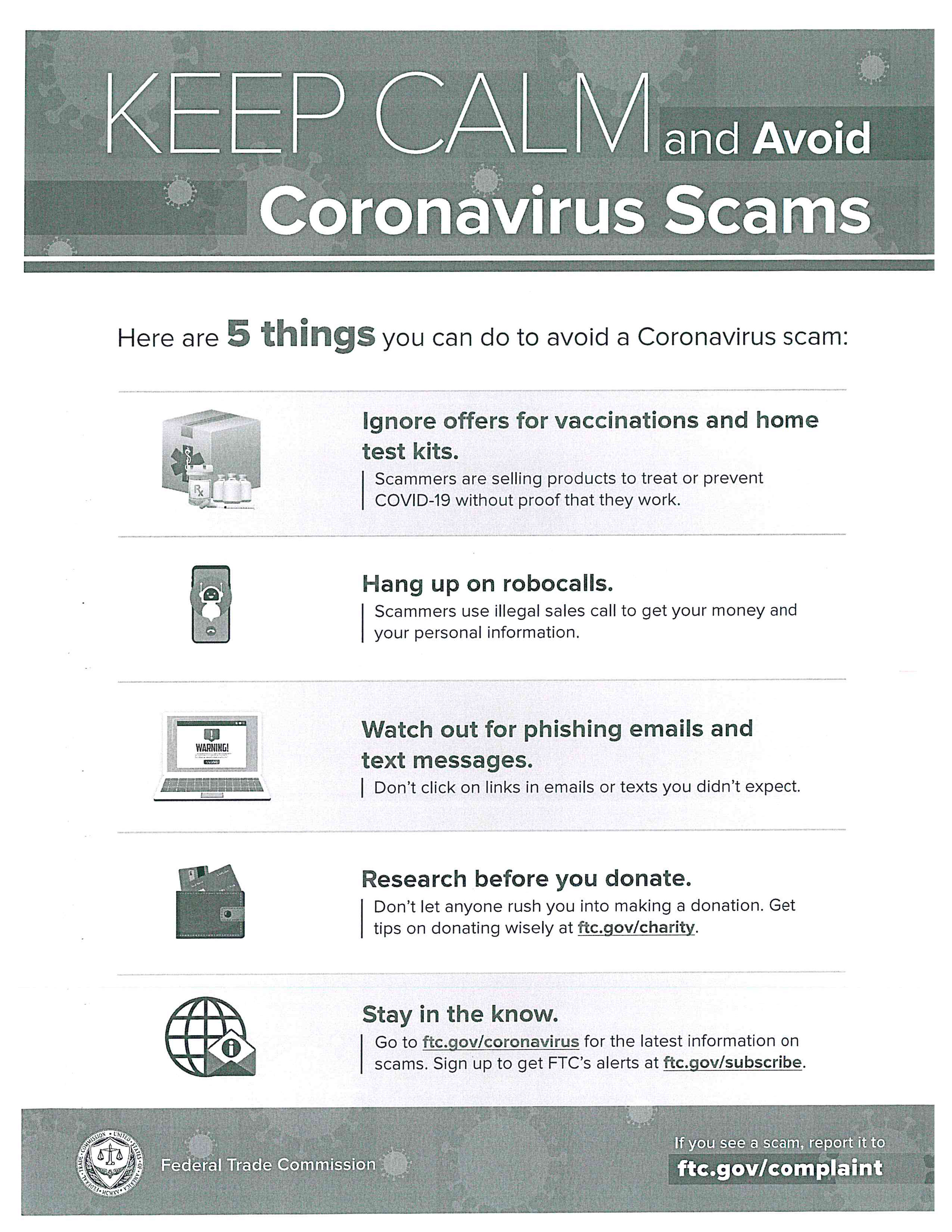 Protect yourself and your Medicare 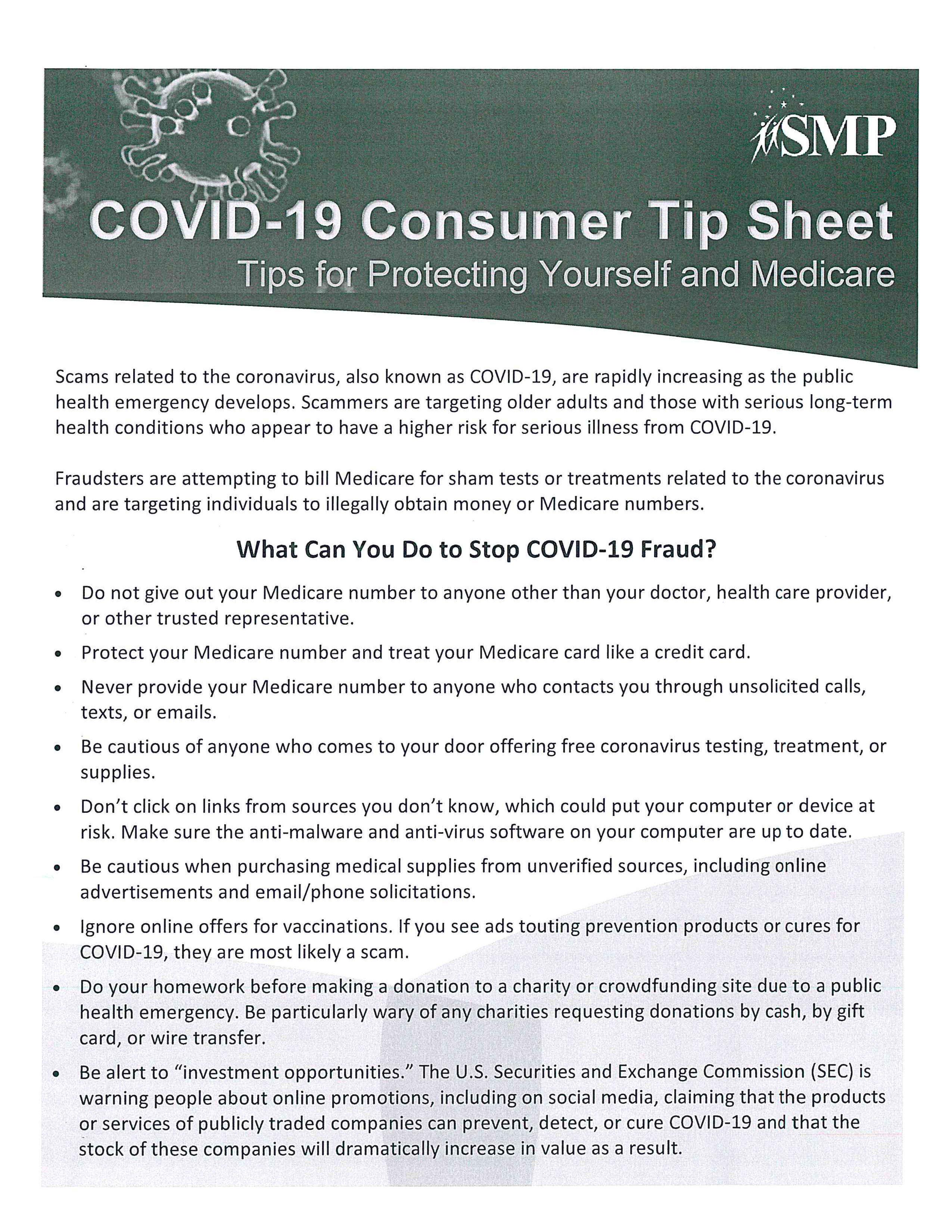 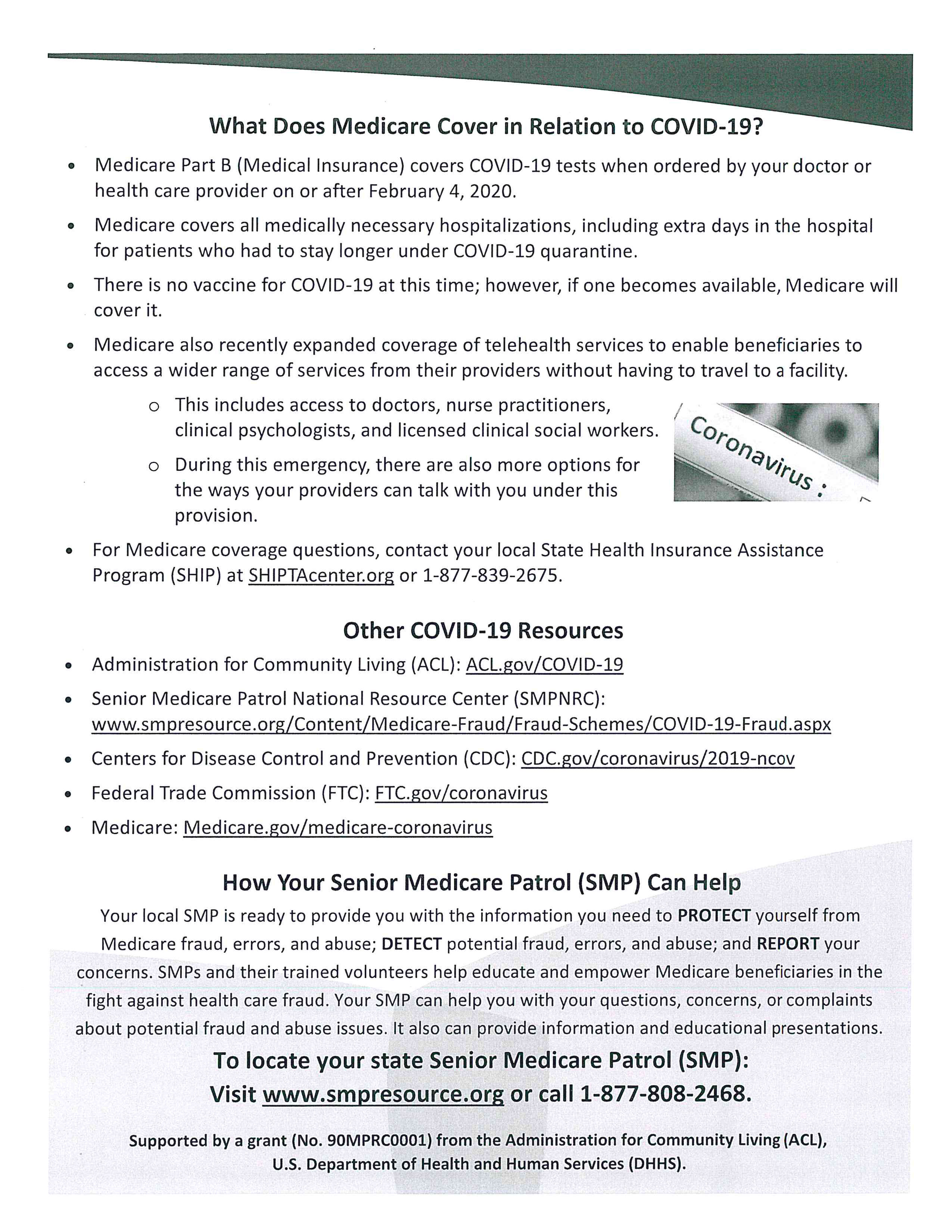 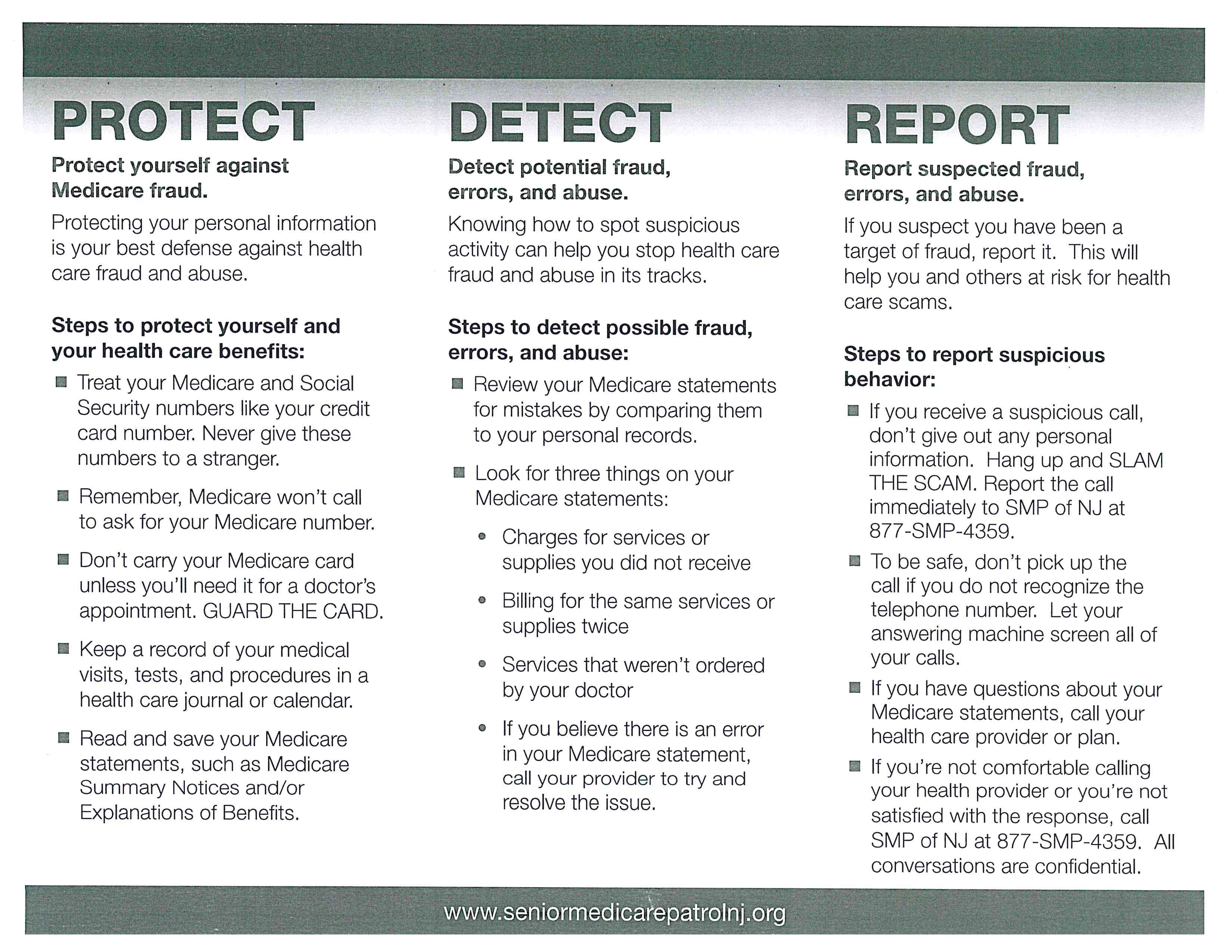 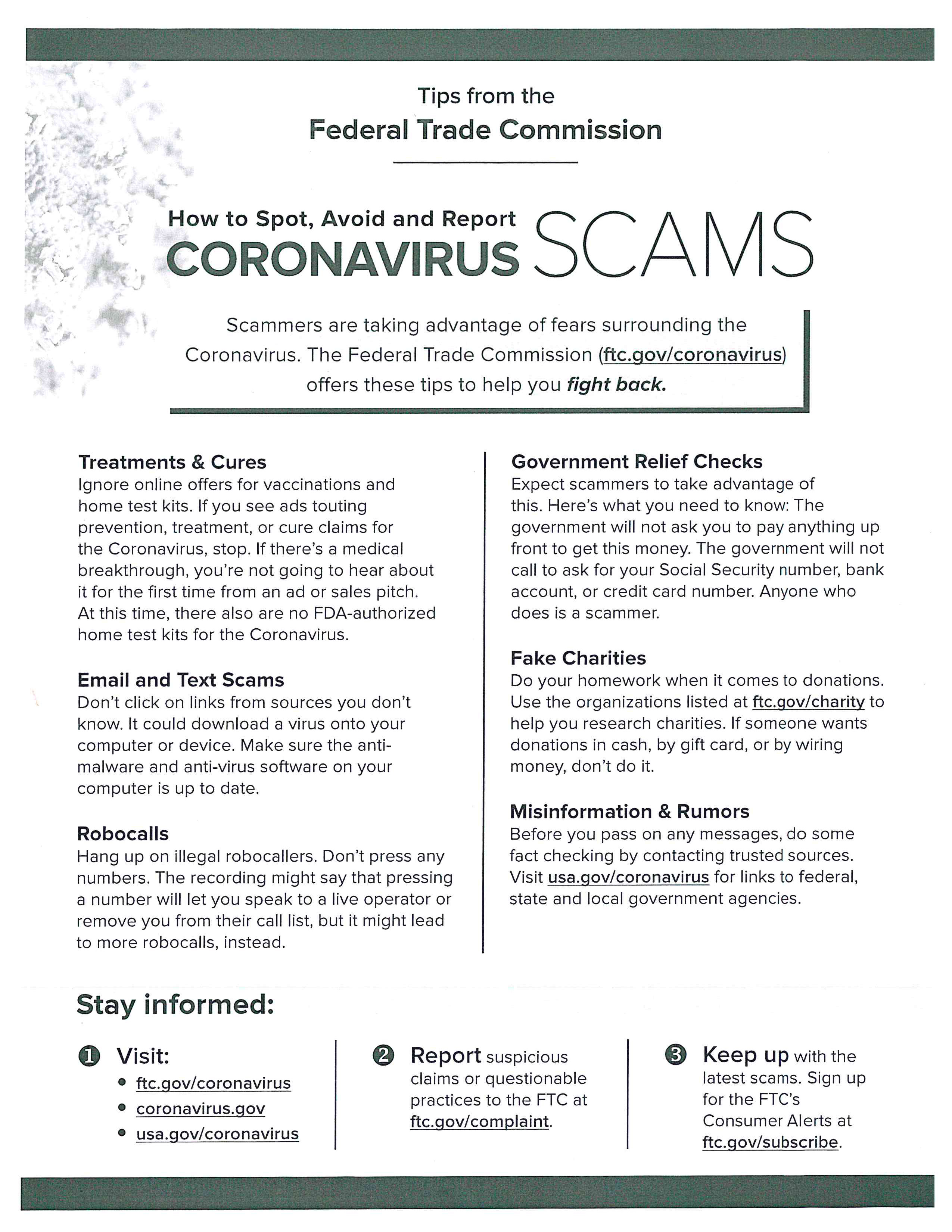 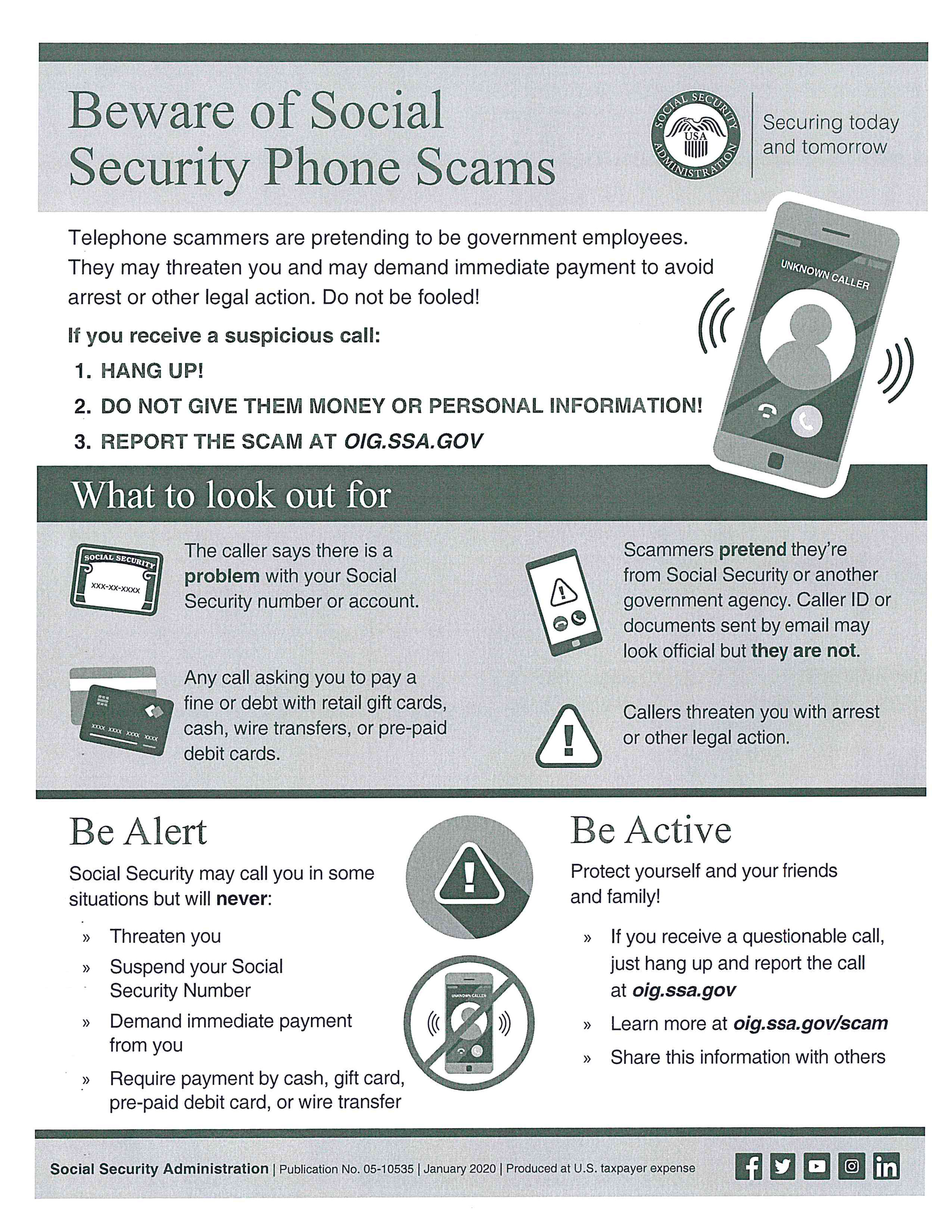 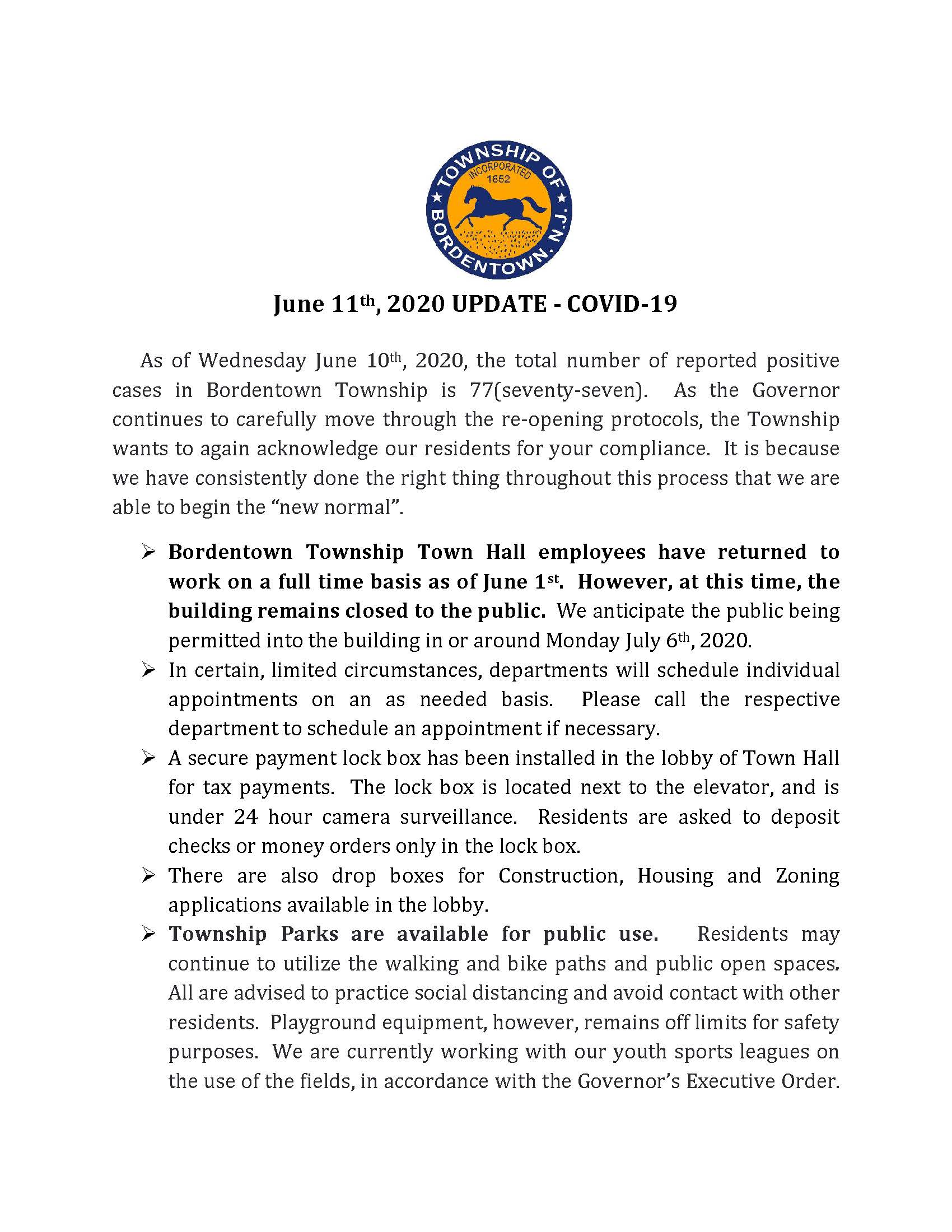 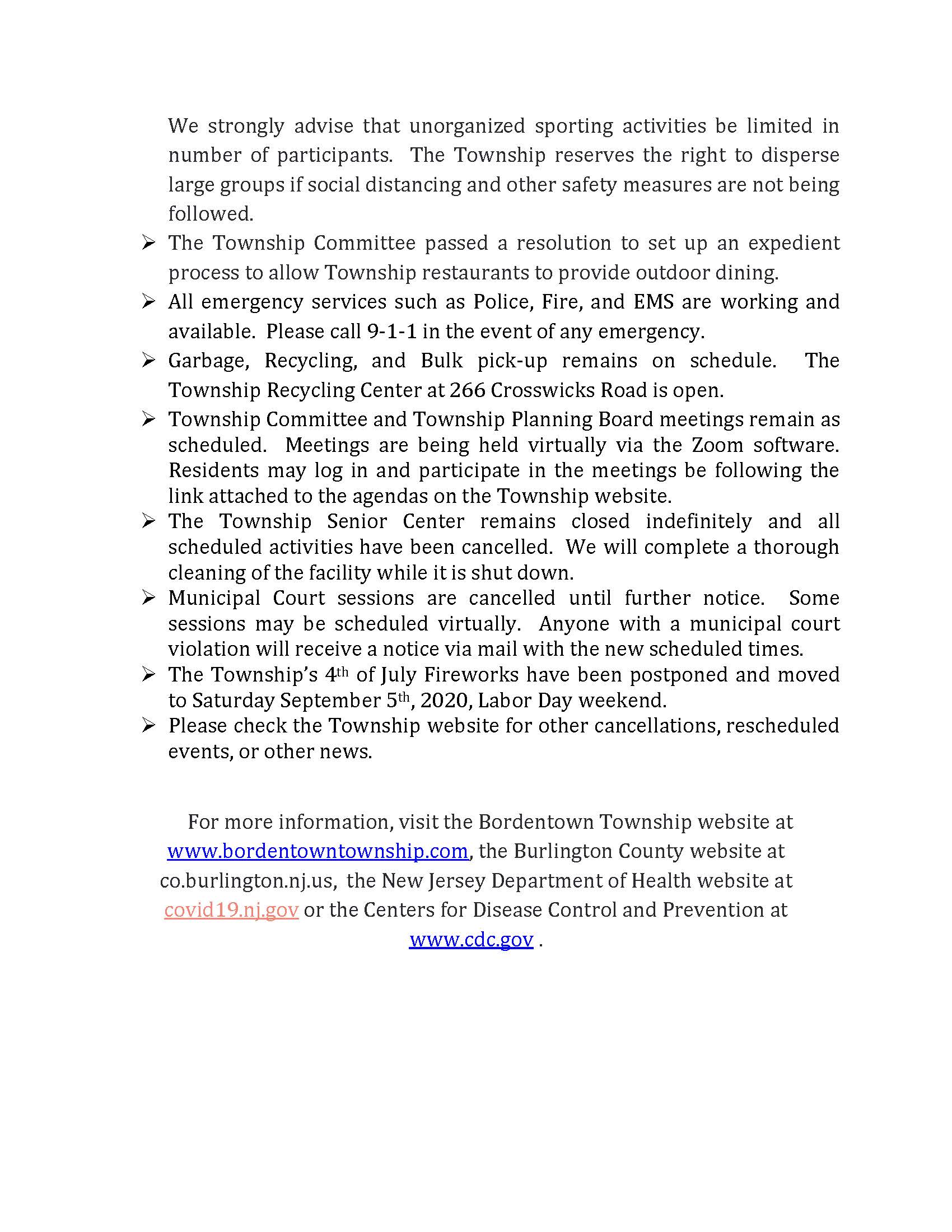 Like many of you, I have watched the nation’s voices rise up against racism, police brutality, and inequality. A significant part of those very moving messages concerned the importance of local municipalities, Police Departments, and Mayors in taking an honest look at what was happening in our own communities. On behalf of the Bordentown Township Committee,  we join in the movement to stomp out racism, police brutality, and social inequality in our community and in this country. Black Lives Matter.

Here in Bordentown, we were directly faced with this. When the specifics of the civil rights charges against a former Chief of Police in 2017 came to light, we held an open public meeting to listen to our residents. The Township acknowledged that words alone are hollow, and that we would forever be judged by our actions moving forward. Led by our current Chief of Police Brian Pesce, we immediately underwent the necessary changes to our Police Department. I cannot be more proud of the actions that Chief Brian Pesce has taken since he took over in 2017.

Chief Pesce adopted and enforced the “Six Pillars of Twenty First Century Policing” asrecommended by the President’s task force on policing in 2014. Specifically, every member of thePolice Department was outfitted with body cameras, underwent de-escalation training, and was issued non-lethal force devices. Our Internal Affairs processes were studied and revamped to include maximum transparency. The Police Department’s move toward community outreach and policinghas slowly built the trust back with our community.

Chief Pesce has made it clear from the beginning of his tenure that the Police Department now has a “guardian” mindset versus the previously promoted “warrior” mindset. Like the rest of America, wehave a long way to go, and we will not let up or turn a blind eye to what is happening around us.

The changes cannot be limited to our Police Department. We need to look at our entire municipal operation to ensure that all voices are heard and represented. Just as we did in 2017, we will continueto evaluate and monitor all procedures, specifically surrounding use of force, on a regular basis. But those are just words. I implore all of our residents, businesses, and visitors to get actively involved in this community. The Township and the Police Department are ready, willing, and able to listen andlearn from you.

We are reminded, again, of the inherent racial biases of our criminal justice and policing systems nationwide. Our country, as great as it is, has failed to address racism, both institutionally andpractically. Many honest, uncomfortable, and painful discussions need to be held on this subject. However, those discussions will not be useful if we don’t truly listen to those who have been andcontinue to be affected by the scourge of racism.

As Mayor of Bordentown Township, I can affect what happens in my community, and I and the rest of the Township Committee are committed to being part of the solution. 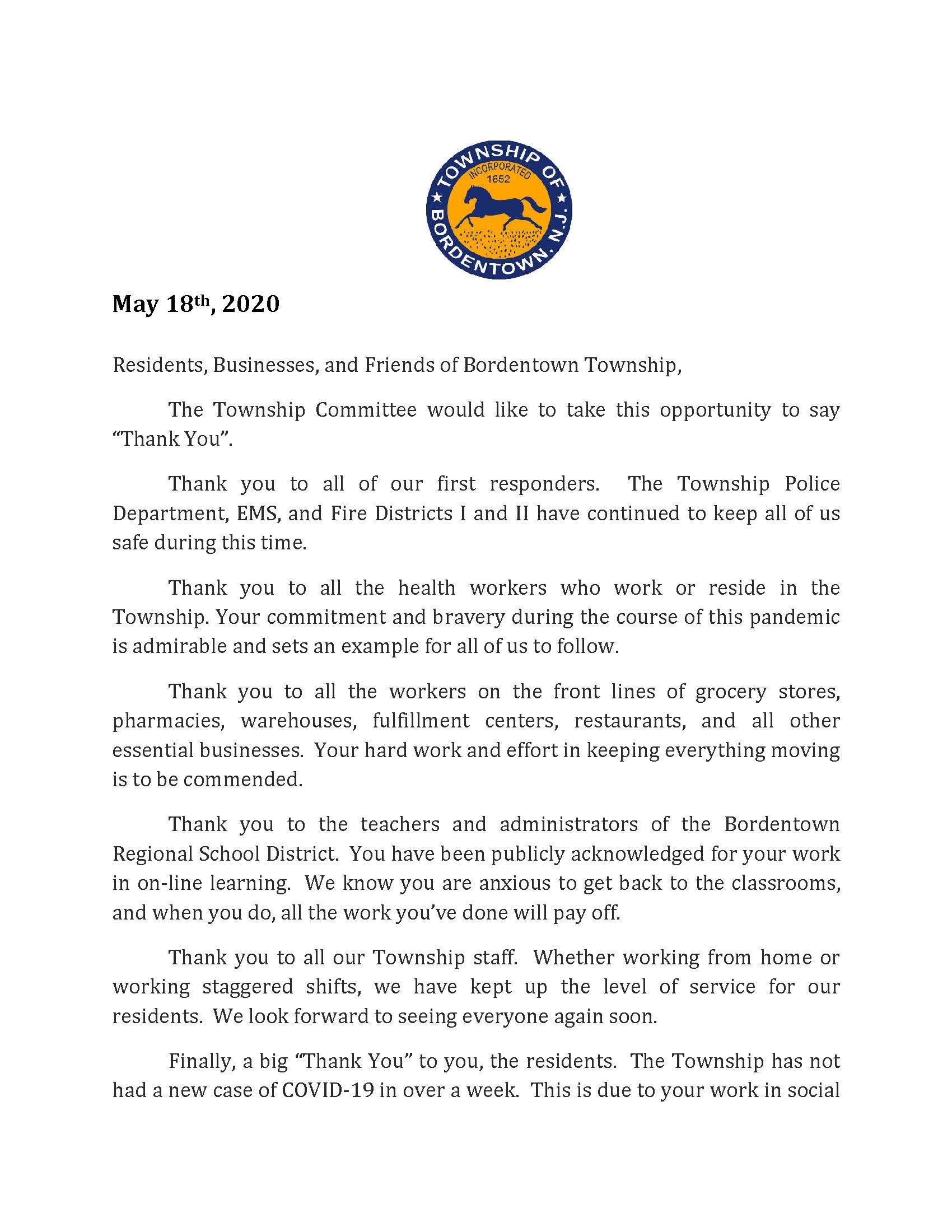 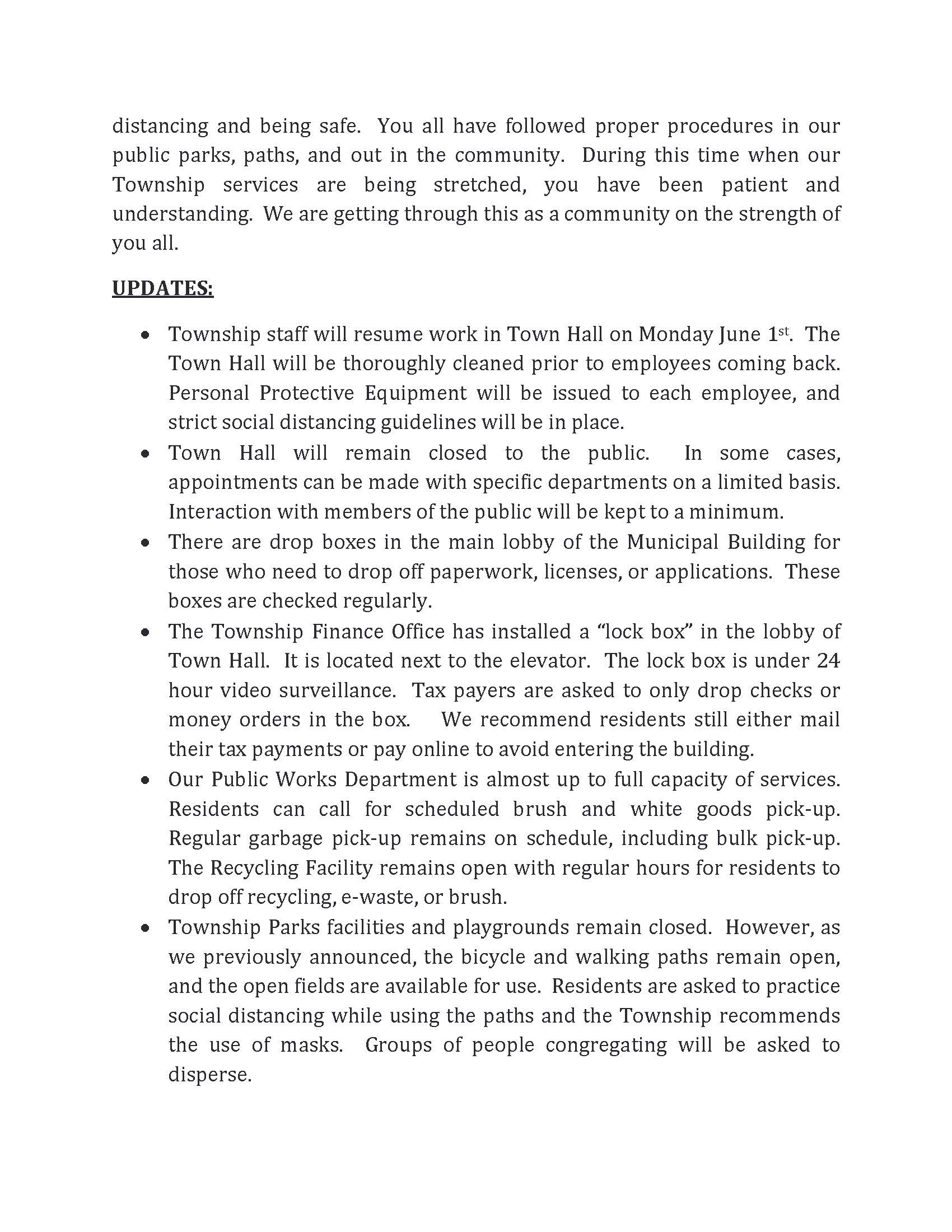 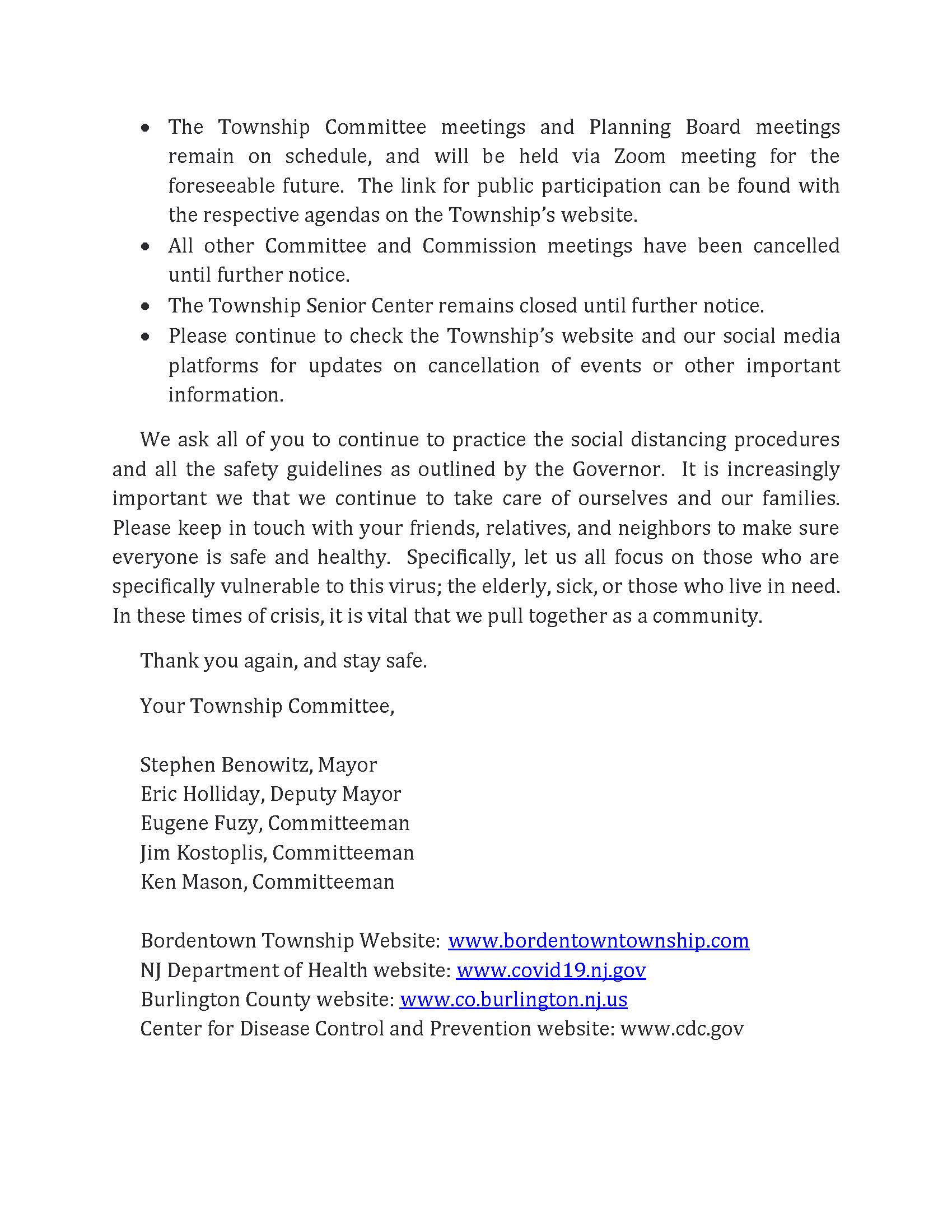 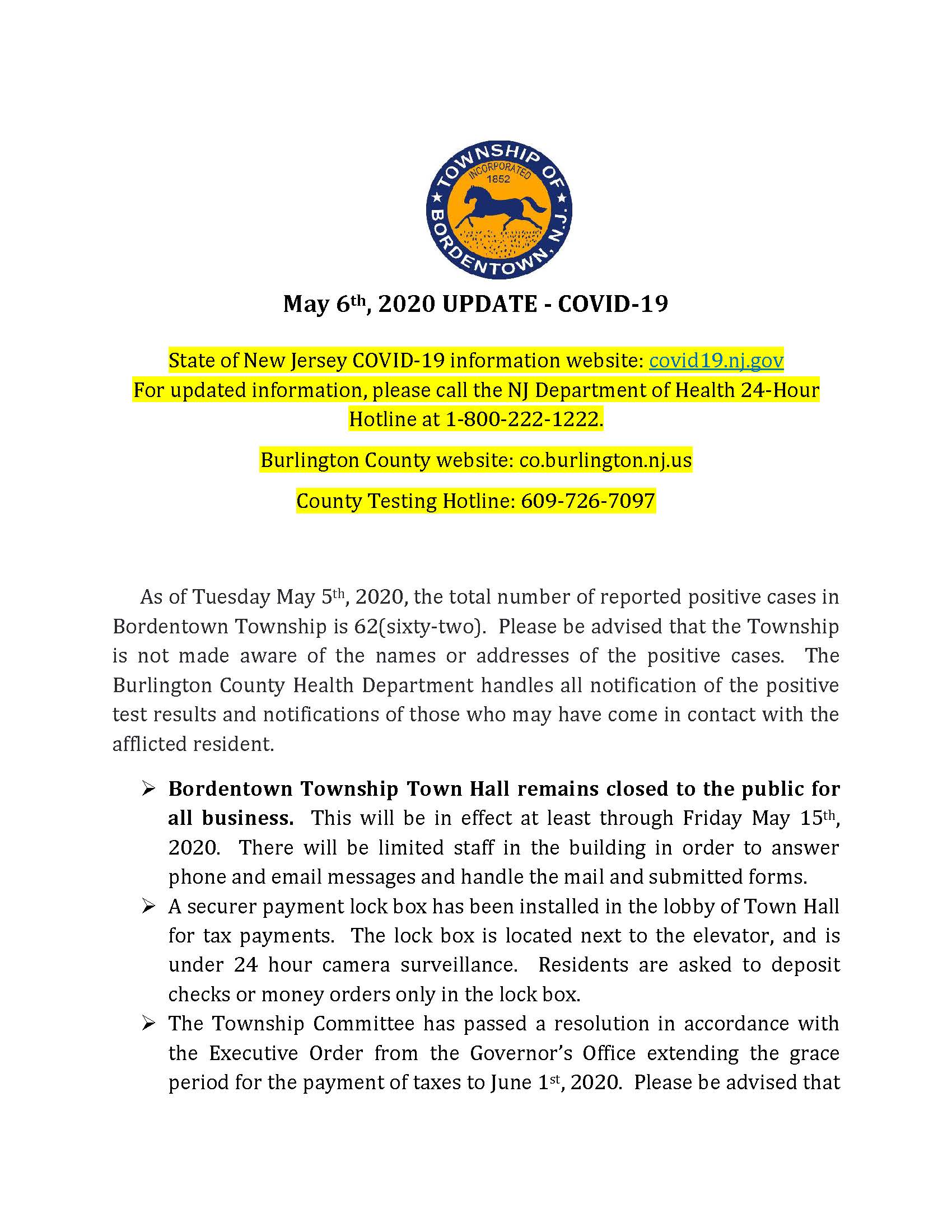 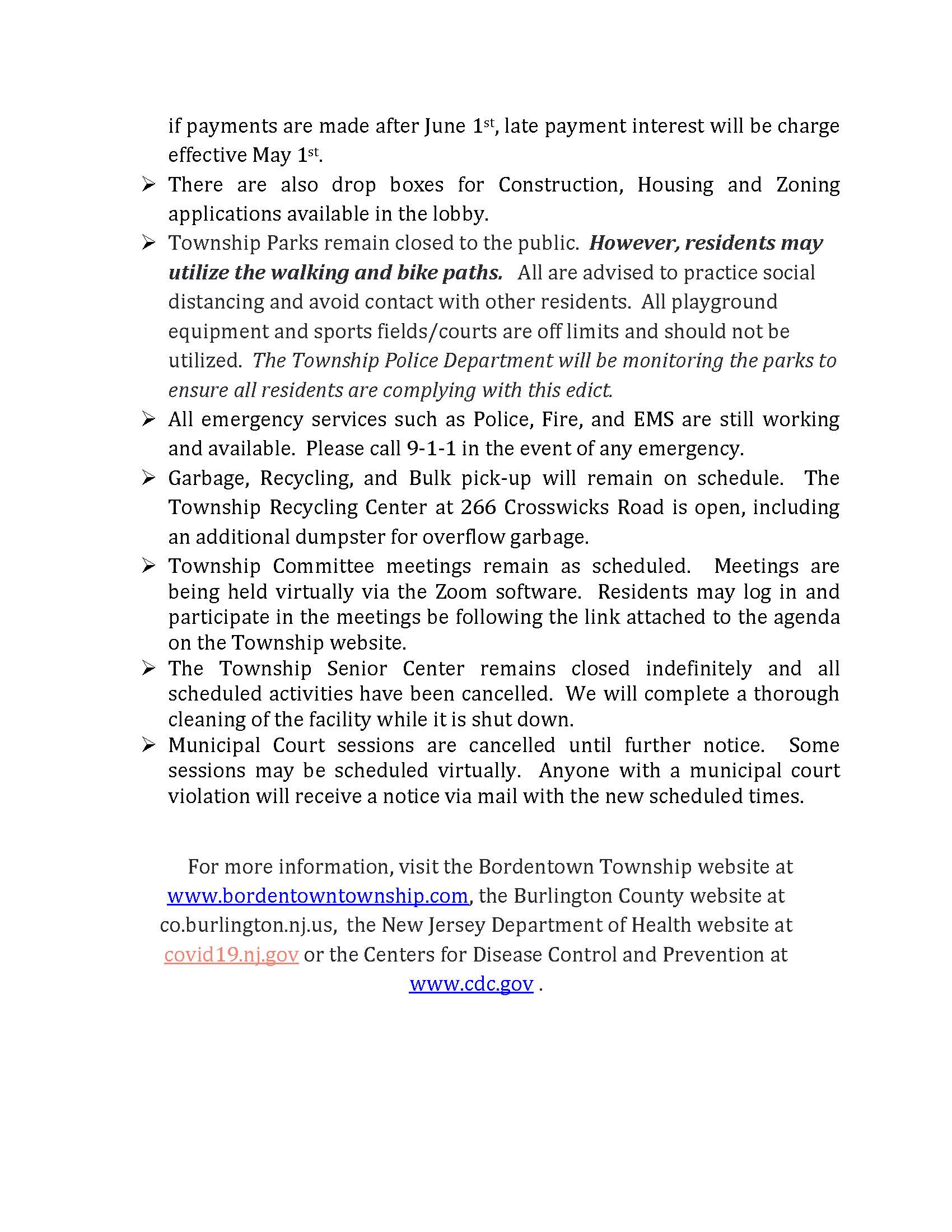